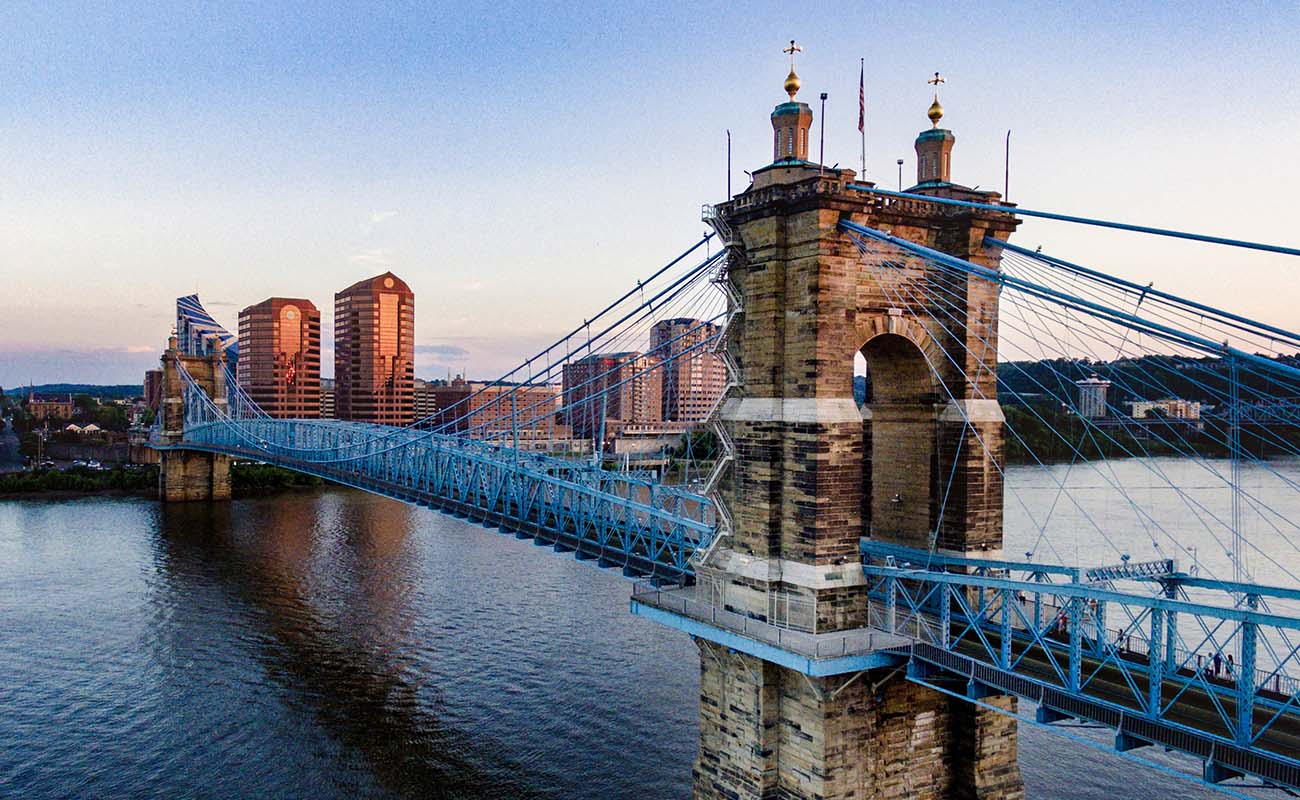 Cincinnati might seem like one of those “not-a-major-tourist-destination cities," but it actually has a quite a lot going on. From the rapidly-revitalizing Over-the-Rhine (OTR) to the suburbs and even all the way across the river into Kentucky neighborhoods like Newport and Covington, the city really feels like it’s on the up-and-up. Inventive new restaurants and experiences opening almost weekly combine with a rich history and a strong sense of Cincy pride to make The Queen City a really fascinating place to explore, as an out-of-towner or as a local.

If you’ve got visitors coming to Cincinnati, there’s a simple, totally foolproof plan for guaranteeing that they have an unforgettable time: just take them along to the fun stuff you normally do. But whether you’re doing the visiting or are the one being visited, we made things easy for you. Here the best things to do Cincinnati has to offer:

$$-$$$
Multiple Locations
Any attempt to put into words just how strong the bond is between Cincinnati and its beer would probably fall short. It’s always been this way for the city, which boasts a very strong German heritage (In fact, in 1880, the Cincinnati Reds were kicked out of the National League for about a year because they refused to stop selling beer). These days, it’s all about craft beer. There are more than 30 craft breweries in the area. Book a brewery bus tour to hit as many as possible, as quickly (and safely!) as possible.

Watch an FCC game from The Bailey

$$
Nippert Stadium
Cincinnati has a reputation for being a baseball town (Reds, I’ll always love you, even if you keep “rebuilding” the team forever), but that’s quickly shifting. The city’s minor league soccer team, FC Cincinnati, was an instant hit with locals, and in 2018, the city got an upgrade when it was awarded a Major League Soccer franchise. Don your best orange and blue, grab a Moerlein Blood Orange IPA, and (if you’re feeling brave) buy some tickets to sit in The Bailey, the superfan seating section where you’ll experience all of the flags, colored smoke, and cheers first-hand. While the team is waiting on a new stadium as part of their major league deal, games are played at the University of Cincinnati’s Nippert Stadium, so save some time to explore campus before or after the game.

$$
Walnut Hills
Welcome to Cincinnati’s premiere Quentin Tarantino-themed video store speakeasy! It’s also Cincinnati’s only Quentin Tarantino-themed video store speakeasy, but that’s neither here nor there. The front half of The Video Archive looks just like a classic video rental store, complete with shelves of VHS tapes. The clerk will give you a hint as to which tape to pull to open the secret door into the bar, cleverly hidden in a sliding shelf. The drinks menu rotates, but the delicious, bourbon-infused, Pulp Fiction-referencing $5 Milkshake is always available (and yes, it’s actually $5). They frequently host movie screenings on their patio on Saturday nights and even host evenings dedicated to favorite TV shows, as well as holiday themed pop-ups. Gorilla Cinema, the company behind the Video Archive, also runs The Overlook Lodge, a Shining-themed neighborhood bar, and Tokyo Kitty, a Lost in Translation-inspired karaoke bar that slings Japanese tiki drinks.

$
Multiple Locations
You’ll only find this in the summer, and if you’re able to snag a cone, be warned: you’ll be dreaming about the day when you can roll up to an ice cream stand in shorts and flip flops and order a blue cone topped with rainbow sprinkles all winter long. The trend of serving blueberry-flavored soft serve started at Kings Island, a theme park just north of the city, in the 1980s, when it was created as a promotional special to go along with a Smurfs-themed ride. When the Smurfs ride closed in 1992, the blue ice cream was replaced with a cherry-red soft serve... and the people revolted. K.I. brought it back, and it’s been on menus across the park ever since. It’s also now offered at various ice cream stands and creamy whips like Putz’s and Norwood Delite. It’s especially great in a blueberry-vanilla twist cone.

$$
Over-the-Rhine
There’s no better place to be on a weekend morning than Findlay Market. Cincinnati’s oldest covered public market offers inventive food at various stalls, fresh and local goods and produce, and occasional live music at the beer garden. Grab a pastry from Blue Oven, a Honey Bear latte from Deeper Roots, and enjoy people-watching and browsing through the various shops and stalls. And don’t forget to pick up some goetta from Eckerline (Seriously, you can’t leave Cincinnati without trying goetta, our beloved mystery meat made from sausage and pinhead oats. It tastes better than it sounds, and makes great hangover food... I promise).

Take a picture with Shark Girl at the Contemporary Arts Center

Free
Downtown
Right downtown, in a distinctive building designed by Zaha Hadid, is the Contemporary Arts Center. The non-collecting museum’s exhibits are constantly rotating, and has brought in works from famous artists like Andy Warhol and Shepard Fairey, as well as countless up-and-comers. It has also attracted its fair share of controversy (it and its director at the time were acquitted for obscenity charges related to an exhibition of seven photographs by Robert Mapplethorpe in 1990). Start at the top (which houses a children’s museum that even adults will enjoy; make sure to pose for a picture sitting next to Shark Girl, Casey Millard’s beloved statue) and work your way down to the lobby, which houses a killer gift shop and cafe that comes complete with a full bar. Bonus points if you attend one of the awesome events they put on: yoga, art labs, and the always popular Drink and Draw nights.

$
Multiple Locations
It feels like Cincinnati chili is one of the most hated regional cuisines on the internet. Sure, not everyone will like it, but some of the names it gets called are.. extreme. Love it or hate it, you have to at least try it. Skyline is the most popular chain serving up coneys (chili and cheese on a hot dog, optionally topped with mustard and onion) and ways (a three-way is chili and cheese on spaghetti, a four way adds either beans or onions, and a five-way adds both). For a more authentic experience, hit up a local chili parlor like Camp Washington Chili, Price Hill Chili, Dixie Chili, or Empress. If you’re still unsure about whether or not you’ll like Cincinnati chili, think of it as spaghetti or a hot dog topped with a Greek meat sauce instead of a traditional chili. Or just try it so you can at least tell everyone that you had a three-way on your trip. And don’t forget to grab a peppermint patty on the way out!

Get lost in Jungle Jim’s

$-$$$$
Fairfield
Jungle Jim’s is part theme park, part grocery store, and 100% incredible. You’ll find singing animatronic statues tucked away among the maze of aisles in the 200,00 square foot megastore. Besides their normal grocery, there’s plenty of beer and wine and a huge international section, with aisles upon aisles dedicated to various countries. The original location also has a kombucha bar, a cigar shop, an enormous natural foods section, and one of the largest displays of hot sauce you’ll ever see… it’s even topped with a vintage fire truck. 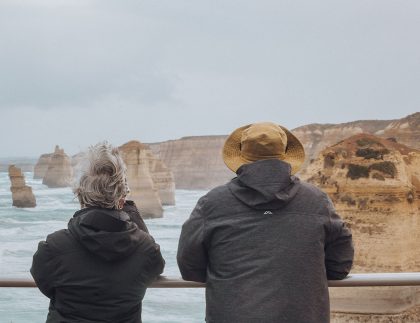 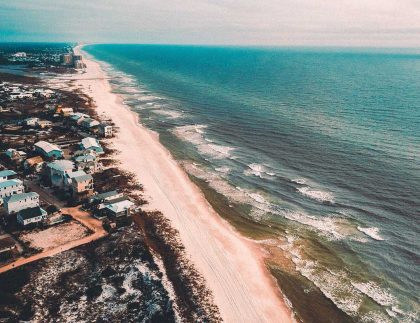 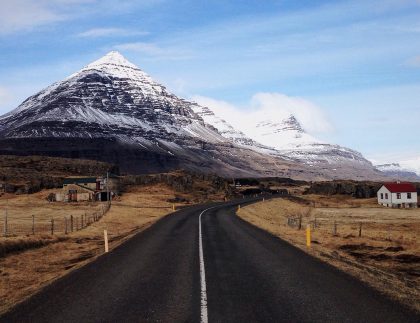 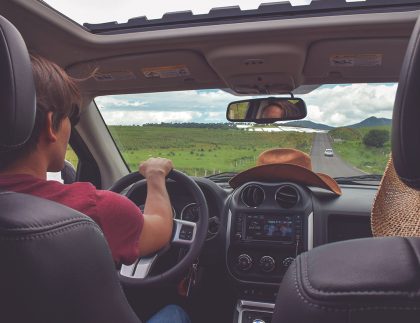 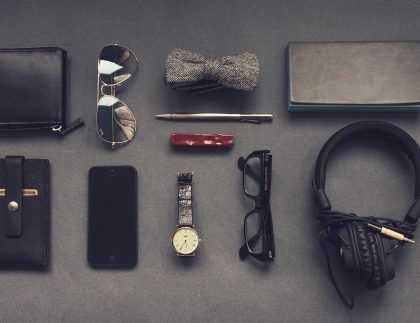 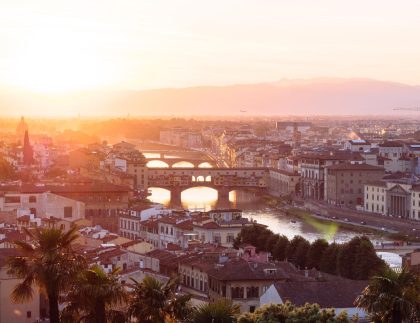